100% Whey Protein is from UK based company Reflex Nutrition. This review will aim to understand how the ingredients in this supplement can be beneficial and help improve training.

SOYA Lecithin is an emulsifier which means that it helps aid the ingredients to disperse in water rather than separate into oily droplets and water.

Cellulose Gum is water – soluble and derived from cellulose. Carboxymethyl cellulose is used as a viscosity modifier or thickener, and to stabilize emulsions in various supplements, other products and is known for its excellent water retaining capacity.

Sodium chloride is otherwise known as salt. It is theorised that sodium chloride can help prevent cramps as the key mechanism in muscle contraction is the flooding of the action potential in the muscle membrane, and so if there is a sodium deficiency it may cause the muscle to cramp (11).

Beta Carotene is a red/ orange pigment that is derived from root vegetables such as carrots. Beta Carotene has been found to convert into Vitamin A (19). Vitamin A is a diverse vitamin that has a wide range of functions. Vision improvement is one positive aspect of vitamin A supplementation (15), Another is bone and body growth which can be improved (16). Immune function is boosted by an increase of white blood cells which can destroy harmful bacteria (17). Epithelial cells require Vitamin A in order to function properly, these cells serve as barriers to infection by bacteria and other sources (18). An advantage of Beta Carotene is that the body only converts as much as is required.

Bacillus Coagulans is a probiotic meaning that it is a good bacteria, It features include heat stability and the ability to survive in the stomach (20). There are several functions of this ingredient which including immune stimulation(21, 22) and antimicrobial stimulation (23). In a randomised, double blind, placebo controlled study it was found that it had significant effects for people with rheumatoid arthritis (24), however more research is needed to fully establish this (25).

Steviol Glycosides does not have any nutritional benefits as it is a sweetener and sugar substitute extracted from the leaves of the plant species Stevia rebaudiana.

This product has the ingredients to help with muscle gain, faster recovery from exercise and gain lean body mass. Other advantages of this product include the antioxidants which can help the body’s defense system and aid in the oxidation of LDL. This supplement is recommended to be taken either just before or just after training to achieve full benefit. This product has no banned substances when referring to the WADA prohibited list when observing the label/ingredients posted on the website. 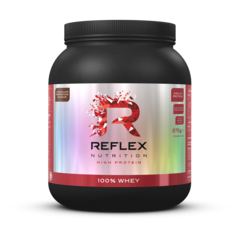