Pre workout blend is a product from UK based company Protein World. The product claims that it can boost performance during your workouts. This review will aim to examine the ingredients within this supplement to see if it can achieve these claims.

Leucine, Isoleucine and Valine are all Branched chain amino acids (BCAA’s). They are essential for protein synthesis which is stimulated after exhaustive exercise (1) as well as the critical metabolic process in muscle (2, 3). The metabolic roles of Leucine include energy production and the modulator of muscle protein synthesis via the insulin signalling pathway. There is a reason to suggest that it helps maintenance of muscle mass during weight loss (4). Leucine has also been shown to help in the direct maintenance of glucose homeostasis by improving the redistribution of glucose via the glucose – alanine cycle (5).

Conjugated Linoleic Acid (CLA) has been shown to have weight loss properties (6); there are several reasons for this which includes an increase in energy metabolism (7), insulin resistance (8), stimulation of lipolysis, which is due to an impaired signalling which reduces triglyceride synthesis and releases free fatty acid which normally occurs when energy demand rises (9). Other mechanisms include a suppression of appetite (10), induced adipocyte apoptosis which decreases body fat mass and increased energy expenditure (11).

L-Carnitine is a dipeptide made from the essential amino acids lysine and methionine. L-Carnitine plays an important role in fat metabolism by allowing long chained fatty acids to pass through the mitochondrial membrane (12, 13).

Beta – Alanine is a non-essential amino acid. In a wide range of studies beta – alanine has been shown to have benefits to high intensity exercise (14). The reason behind this is that it has been found to increase muscle carnosine concentrations (15). Carnosine is key to the intracellular PH buffering of skeletal muscle (16). With an increase in clearance of H+ ions, it leads to high intensity exercise lasting for longer.

Citrulline malate is a combination of an amino acid (citrulline) and an organic salt (malate) which is a tricarboxylic acid cycle intermediate. It’s noted effects include an increase in lactate metabolism and an antiasthenic effect (17). A major effect is an increase in aerobic capacity during exercise and greater recovery after exercise; this is due to the rate of muscle oxidative ATP production during exercise and the rate of PCr recovery after exercise (17).

L-tyrosine is an amino acid which has been found to help produce adrenaline (18) and dopamine (19).

Choline Bitartrate is choline combined with a chemical salt to help aid its absorption within the body. Choline is a water soluble nutrient that is naturally found within the body in small doses. The health benefits of choline are that it helps prevent fatty liver damage (20) as well as a lowering in cholesterol (21). It is used by athletes as it is believed to delay fatigue however some studies have shown this not to be the case (22).

For many years caffeine has been widely used as an ergogenic aid. There have been many studies of caffeine’s effect of both the aerobic system, (23), and the anaerobic system, (24) on sporting performance. The suggested benefits of caffeine supplementation include the ability to attain greater use of fats as an energy source and sparing of muscle glycogen, (25). It has also been suggested that there is an increase of calcium release from the sarcoplasmic reticulum, which can create a greater muscle force production, (26). It has also been theorised that the effects of caffeine are probably exerted through effects upon the central nervous system or skeletal muscle by greater motor unit recruitment and alterations in neurotransmitter function (27).

The ingredients within this supplement will achieve the claims that it will give a performance boost during workouts. The BCAA’s will help increase muscle strength. This product should be consumed pre workout. This product has no banned substances when referring to the WADA prohibited list when observing the label / ingredients posted on the website.

21 – De Miguel, I., Roueche, A., & Betbeder, D. (1999). Separation of dipalmitoyl phosphatidyl choline, cholesterol and their degradation products by high-performance liquid chromatography on a perfluorinated stationary bonded phase. Journal of Chromatography A, 840(1), 31-38. 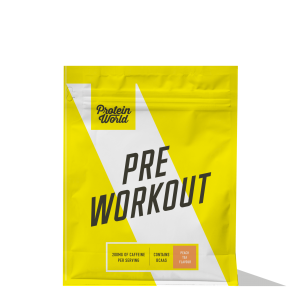