VMX2® Powder is from UK based company PhD-Supplements.com. This product states that it can increase your training intensity, strength and delay fatigue and tiredness. This review will examine the ingredients within this supplement to see how it can achieve these claims.

Beta – Alanine is a non-essential amino acid. In a wide range of studies beta – alanine has been shown to have benefits to high intensity exercise (6). The reason behind this is that it has been found to increase muscle carnosine concentrations (7). Carnosine is key to the intracellular PH buffering of skeletal muscle (8). With an increase in clearance of H+ ions, it leads to high intensity exercise lasting for longer.

Taurine is a semi essential amino acid that has been found to increase endurance performance; this has been attributed to an increase in blood flow (9). Taurine has also been found to help protect against cell damage which will help recovery after exercise, decreased oxidative stress in cardiac tissue (10) and increased fat oxidation (11).

Glycine is one of the components of creatine which helps increase muscle growth and energy during exercise (12). When metabolised it acts as an amino acid and regulates blood sugar levels which can also control that amount of sugar released into the blood (13).

Niacin is otherwise known as vitamin B3 and is an antioxidant. Research studies have shown that niacin supplementation increases growth hormones in response to anaerobic exercise (14) as well as a reduction in fasting triglycerides (15). An increase in fasting insulin has been found due to a decrease in insulin sensitivity (16). Further research is needed for this supplement in order to understand the mechanisms.

Beetroot includes nitrate (17) which converts into nitric oxide which can increase blood flow in the muscle (18). Another suggested mechanism is that nitric oxide acts as an electric transporter within the muscle which aids in the same way oxygen does (19). Other effects include a lower oxygen demand during submaximal work (20). It is also known to be an antioxidant (21).

For many years caffeine has been a widely used as an ergogenic aid. There have been many studies of caffeine’s effect of both the aerobic system, (22), and the anaerobic system, (23) on sporting performance. The suggested benefits of caffeine supplementation include the ability to attain greater use of fats as an energy source and sparing of muscle glycogen, (24). It has also been suggested that there is an increase of calcium release from the sarcoplasmic reticulum, which can create a greater muscle force production, (25). It has also been theorised that the effects of caffeine are probably exerted through effects upon the central nervous system or skeletal muscle by greater motor unit recruitment and alterations in neurotransmitter function (26).

L-tyrosine is an amino acid which has been found to help produce adrenaline (27) and dopamine (28).

L-histidine is a semi-essential amino acid meaning that it is produced by the body but not in vast amounts. L-histidine aids in the synthesis of haemoglobin (29), tissue repair (30) and enhancing the immune system (31).

Ginseng is a small plant found in parts of america and asia. the main part of the plant that is used in supplements is the root. The benefits of Ginseng includes giving an energy boost (35), reducing blood sugar levels and cholesterol levels (36), increasing cognitive function (37) and having an anti-inflammatory effect (38). There is limited research about ginseng however and further research is needed to elucidate the effects of Ginseng.

Glucuronolactone is a molecule that is often found in energy drinks. This ingredient has had minimal research and is suggested to help with blood flow as it protects the blood vessel by alleviating oxidative and nitrative stress to lipoproteins and helps as a antiplatelet aggregative compound (39). More research is need for this ingredient to fully elucidate its effects.

Grapeseed is derived from red wine seeds and has numerous benefits. It has been suggested that it can be  helpful in lowering cholesterol (40), increase circulation (41) and has antioxidant properties also (42). There is at the moment however a need to explore the full effects of grapeseed as the research on this ingredient is lacking.

Potassium bicarbonate is a form of potassium which has several function such as regulating water balance (43), central nervous system function (44) and helps convert glucose into glycogen which provides energy to the bodies muscles (45).

Sodium bicarbonate is a molecule which acts as a buffering agent against acidity within the muscle which is a factor of fatigue (46) this can enhance physical performance in elite and novice athletes by prolonging exercise and giving greater muscle force production (47). There are mechanisms in place for sodium bicarbonate to be a fat-burning agent (increasing ketone production and lipolysis and causing minor increases in metabolic rate) (48,49), but these have not yet been linked to actual weight loss in trials and further research is needed to elucidate these effects.

The active form of vitamin B6 is known as P-L-P (50), which is stimulated by exercise (51). During exercise the body relies on the liver to produce glucose via glycogenolysis, for which vitamin b6 is essential for, and is an integral part of the glycogen phosphorylase enzyme and thus will provide energy to the bodies’ muscles (52).

Research studies on vitamin B12 have found that it is required for red blood cell production (53), Protein synthesis and the repair and maintenance of tissue cells. (54).

Pepper extract has numerous health benefits including helping with weight management by assisting with the breaking down and blocking the creation of fat cells (55), assisting with digestion by increasing hydrochloric acid within the stomach (56). In addition to this it is also an antioxidant in which it can reduce and repair the damage that free radicals cause after an intense workout (57).

The vast amount of ingredients within this supplement can help achieve the claims of this supplement which includes increasing training intensity and strength whilst delaying the effects of fatigue and tiredness. This supplement can also achieve an anti inflammatory effect. It is recommended that this supplement be taken once a day pre workout. This product has no banned substances when referring to the WADA prohibited list when observing the label/ ingredients posted on the website. 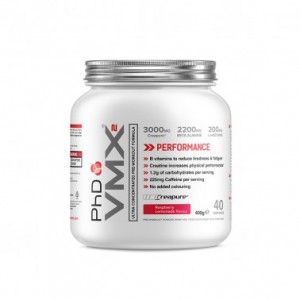