Fructose is a simple carbohydrate and is an intermediary in the metabolism of glucose (3). It has a low caloric value, low glycemic index (4) and gives a sweeter taste (5).

The main function of citric acid is the reduction of physical fatigue (6). The reason for this is due to citric acid being a major component of the tricarboxylic acid (TCA) cycle. TCA cycle is the process of converting carbohydrates, fats and proteins into carbon dioxide and water (7). By increasing citric acid it activates the TCA cycle and in turn speeds up ATP production thus replenishing energy.

Apple concentrate consists primarily of vitamin C. Vitamin C is known to be a powerful antioxidant (8). Studies have suggested that it can increase endothelial nitric oxide by protecting it from oxidation and increase synthesis, another function that Vitamin C has suggested includes reducing blood pressure (9), however the only proven function of vitamin C is the prevention of scurvy (10).

Colostrum is a form of milk that is produced by mammals at late pregnancy. The benefits of colostrum include maintenance of the immune system, reduced upper respiratory tract infection post strenuous exercise (11, 12).

* UPDATE – Although WADA do not prohibit the use of colostrum in a statement they have stated that it contains certain quantities of IGF – 1 and other growth factors that are prohibited and can influence the outcome of anti doping tests.

Potassium citrate is a form of potassium which has several function such as regulating water balance (13), central nervous system function (14) and helps convert glucose into glycogen which provides energy to the bodies muscles (15).

Disodium phosphate is an inorganic compound which is used as a food additive that helps keep water based and oil based products mixed together that would normally separate.

L-Carnitine is a dipeptide made from the essential amino acids lysine and methionine. L-Carnitine plays an important role in fat metabolism by allowing long chained fatty acids to pass through the mitochondrial membrane (16, 17).

A main ingredient of guarana is caffeine; there have been several studies that have shown a significant increase weight loss with caffeine (18), but there have been few studies that have looked at the nutritional supplement on weight loss. Other studies of guarana have shown an increase of energy expenditure and fat oxidation of short periods of time which suggest that this could be due to a reduction in respiratory quotient and an increase in lipid oxidation (19).

Calcium carbonate is used as an acidity regulator, anticaking agent, stabiliser or colour.

Magnesium carbonate does not induce any nutritional benefits. The main reason for this substance being in the supplement is that it is a lubricant for the machinery that manufactures the product.

Inositol is an ingredient similar to glucose. It has been found to enhance intracellular calcium signalling (20) as well as reducing blood glucose levels, however more research needs to be done on this topic as it has not been fully proven (21).

Sodium chloride is otherwise known as salt. It is theorised that sodium chloride can help prevent cramps as the key mechanism in muscle contraction is the flooding of the action potential in the muscle membrane, and so if there is a sodium deficiency it may cause the muscle to cramp (22).

Xanthan Gum is a water soluble dietary fibre, which has been reported to reduce total cholesterol; however there seems to be insufficient evidence to confirm this theory. (23)

Octacosanol is a natural product extracted from plants (24). It has been found to lower LDL and increase HDL (25). Other benefits have been an increase in strength and reaction as it can affect the nervous system (26). Improved stamina and exercise capability has also been observed (26).

Vitamin C is known to be a powerful antioxidant (27). Studies have suggested that it can increase endothelial nitric oxide by protecting it from oxidation and increase synthesis, another function that Vitamin C has suggested includes reducing blood pressure (28), however the only proven function of vitamin C is the prevention of scurvy (29).

Caramel has no nutritional benefits and is used in supplements as a flavour enhancer.

Coenzyme Q10 has been identified as crucial in the oxidative phosphorylation in the mitochondria, this means that it converts carbs and fatty acids into energy (30). Coenzyme Q10 has also been found to be an antioxidant (31) and can stimulate cell growth and restrict cell death (32).

Zinc has been identified as a factor for many enzymes responsible for the synthesis, storage and release of insulin (33), with increases in lean body mass while fat mass either remains stable or decreases, depending on the degree of baseline zinc deficiency (34). With this evidence is has been shown that this ingredient is important for the growth and development of body tissues as well as this a variety of biological processes including wound healing and muscle cramps (35) have been found.

Ferrous gluconate is also known as iron sulphate, common uses for this ingredient are for people with iron deficiency. Iron levels have been found to decline due to exercise (36) with findings showing that it can help with fatigue (37).

Pangamic acid is also known as vitamin B15, it has been found to aid in the formation of amino acids (38) and oxidation of glucose has also been observed (39), however this has not been found in all studies (40).

Dl-alpha tocopheryl acetate is otherwise known as vitamin E and is an antioxidant (41). This means that it protects the muscles from free radicals, which causes muscle soreness and damage to the muscle tissue and fat cells (42). Dl-alpha tocopheryl acetate can counteract these free radicals before damaging these parts of the body which can allow exercise to be prolonged (43).

Niacin is otherwise known as vitamin B3 and in an antioxidant. Research studies have shown that niacin supplementation increases growth hormones in response to anaerobic exercise (44) as well as a reduction in fasting triglycerides (45). An increase in fasting insulin has been found due to a decrease in insulin sensitivity (46). Further research is needed for this supplement in order to understand the mechanisms.

Silicic acid is a compound consisting of silicon, oxygen and hydrogen. This ingredient can be found naturally within the bone trachea and skin. therefore in ageing population where these levels may decline supplementation can offset such conditions as atherosclerosis and arthritis as it can stimulate osteoblasts and skin fibroblasts (47).

The active form of vitamin B6 is known as P-L-P (48), which is stimulated by exercise (49). During exercise the body relies on the liver to produce glucose via glycogenolysis, for which vitamin b6 is essential for, and is an integral part of the glycogen phosphorylase enzyme and thus will provide energy to the bodies’ muscles (50).

Thiamine is also known as vitamin B1 (51) and is essential in carbohydrate metabolism and oxidation (52). The reported effect that have been found includes, a decrease in heart rate, blood glucose and lactate concentrations (53).

Riboflavin is a nutrient that has been found to help in fat metabolism via the electron-transport chain (54) and an antioxidant (55). It is also one of many nutrients that helps in the production of red blood cells. Levels of riboflavin has been found to diminish during exhaustive exercise (56).

Acacia is a water soluble dietary fibre, which has been reported to reduce total cholesterol; however there seems to be insufficient evidence to confirm this theory. (57)

Corn starch has no nutritional benefits as its function in supplements is to protect vitamins on their passage through the bodies stomach.

Chromium III chloride hexahydrate is stored in the bodies liver. It has been found to increase the absorption of vitamin C and Niacin (58, 59) as well as enhancing the role of insulin which is responsible of the metabolism of fats, carbohydrates and protein (60).

Vitamin D has several health benefits, firstly it helps increase bone health by allowing an increase of calcium absorption (61), secondly it can regulate immune function (62) and modulate inflammatory response (63). Vitamin D has also been found to be key to optimal muscle function (64). The importance of Vitamin D in athletes whether professional or amateur has been noted as being vital for performance (65).

Lactose is a disaccharide sugar that is a result of the combination of galactose and glucose. it is commonly found in milk. Lactose will be able to provide short term energy to the skeletal muscle during exercise.

This product claims that it can support the immune system and aid recovery. the vast amounts of ingredients in this product have mostly been proven to help improve immune function and aid in recovery. This supplement is recommended to be taken post workout. This product however contains colostrum which although is not banned by WADA, it does contain certain quantities of IGF – 1 and other growth factors that are prohibited and can influence the outcome of anti doping tests. Therefore it cannot be recommended to be taken. 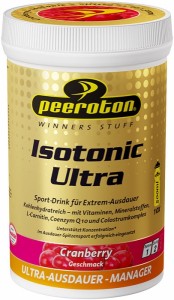