The Matrix T5-XT Extreme Fat Burner pills are from UK Based company matrix-nutrition.co.uk. The product description states that these pills are a potent thermogenic fat burner by increasing the metabolism and suppressing appetite. This review will examine the ingredients of this supplement using the most current research to find out how these ingredients do this.

Bitter orange is otherwise known as Citrus Aurantium. One suggested effect is due to the active component of synephrine which can augment thermogenesis (1). There is little evidence however to support the claims that citrus aurantium is effective for weight loss, this is due to research studies not using citrus aurantium alone and instead including it with substances such as caffeine which is how changes in participants fat mass can be attributed (2).

For many years caffeine has been a widely used as an ergogenic aid. There have been many studies of caffeine’s effect of both the aerobic system, (3), and the anaerobic system, (4) on sporting performance. The suggested benefits of caffeine supplementation include the ability to attain greater use of fats as an energy source and sparing of muscle glycogen, (5). It has also been suggested that there is an increase of calcium release from the sarcoplasmic reticulum, which can create a greater muscle force production, (6). It has also been theorised that the effects of caffeine are probably exerted through effects upon the central nervous system or skeletal muscle by greater motor unit recruitment and alterations in neurotransmitter function (7).

A main ingredient of guarana is caffeine; there have been several studies that have shown a significant increase weight loss with caffeine (9), but there have been few studies that have looked at the nutritional supplement on weight loss. Other studies of guarana have shown an increase of energy expenditure and fat oxidation of short periods of time which suggest that this could be due to a reduction in respiratory quotient and an increase in lipid oxidation (10).

Green tea supplementation has been shown to have several health properties including an increase in plasma antioxidant which will lead to a lowering of oxidative damage (11, 12), decreased blood pressure (13, 14) and it can protect against coronary atherosclerosis (15). Other health effects that green tea can have includes a lowering of cholesterol, an increase of insulin activity (16) and a regulation of blood glucose levels which can help reduce body fat.

Endurance athletes use l-carnitine to increase the oxidation of fat during exercise and spare muscle glycogen which will help them perform for longer. Supplementation when performing high intensity exercise has shown an increase in exercise performance and maximum oxygen consumption when it’s supplemented for longer periods.

Conjugated Linoleic Acid (CLA) has been shown to have weight loss properties (20); there are several reasons for this which includes an increase in energy metabolism (21), insulin resistance (22), stimulation of lipolysis, which is due to an impaired signalling which reduces triglyceride synthesis and releases free fatty acid which normally occurs when energy demand rises (23). Other mechanisms include a suppression of appetite (24), induced adipocyte apoptosis which decreases body fat mass and increased energy expenditure (25).

Maize Starch is used in supplement as a disintegrant and binder. This means that it can help a tablet to dissolve quicker so that it can be released for absorption (26). As well as this it is also a complex carbohydrate that replenishes glycogen stores which in turn can prolong exercise. (27).

The main purpose for the supplement has been described as a fat burner. From the research it is clear to see that the ingredients in this supplement can help aid fat oxidation it can also increase energy metabolism and decrease blood pressure. This supplement is best taken pre workout or between meals. This supplement however contains sida Cordifolia which contains ephedrine. The world anti-doping agency has stated that the level of ephedrine cannot be higher than 10 micrograms per millimetre and so it cannot be recommended as a supplement for an athlete. 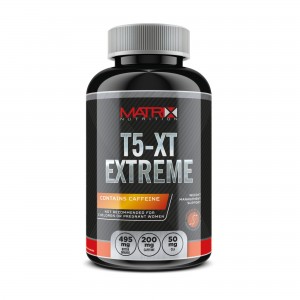