Matrix Muscle Whey Complex is a product from UK based company Matrix Nutrition. This product states that it can both build and repair muscle fibres. This review will aim to examine the ingredients in this product to see if it can support the claims made

Glycine is one of the components of creatine which helps increase muscle growth and energy during exercise (11). When metabolised it acts as an amino acid and regulates blood sugar levels which can also control that amount of sugar released into the blood (12).

Creatine monohydrate, (CM) is defined as a nitrogenous organic acid that occurs naturally in humans and aids in the supply of energy to cells in the body, (13). The majority of CM, 95%, can be located in the skeletal muscle with the rest distributed to the brain, heart and smooth muscles.

Creatine has been found to increase the replenishment of ATP stores in the skeletal muscles (14). It is attributed to a greater rate of phosphocreatine resynthesis during the rest periods. Higher sprint speeds reported (15). There have been numerous theories proposed as to why creatine is a benefit to short term high intensity exercise (16). One theory is that the increased amount of phosphocreatine, (PCr), can be used as an immediate buffer to ATP which reduces the dependence of glycolysis which delays the production of lactate and hydrogen ions during exercise thus prolonging the activity by delaying the onset of fatigue, (17).

Taurine is a semi essential amino acid that has been found to increase endurance performance; this has been attributed to an increase in blood flow (18). Taurine has also been found to help protect against cell damage which will help recovery after exercise, decreased oxidative stress in cardiac tissue (19) and increased fat oxidation (20).

Xanthan Gum is a water soluble dietary fibres, which have been reported to reduce total cholesterol; however there seems to be insufficient evidence to confirm this theory. (21)

This product contains ingredients that can help to build and repair muscle fibres, with the addition of creatine within this product it can enhance your workout by allowing quicker recovery times between sets and reps. This product should be consumed pre and post workout. This product has no banned substances when referring to the WADA prohibited list when observing the label / ingredients posted on the website. 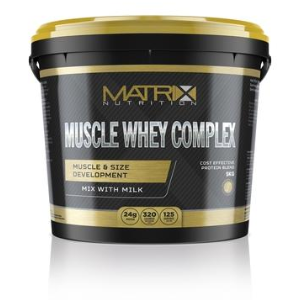