Matrix Hyper Cutz – Pre Workout Fat Burner is a powdered fat loss product from UK Based company matrix-nutrition.co.uk which is designed to be taken before workout. The product description states that this product gives the recipient energy and focus whilst accelerating adipose tissue oxidation. This review will aim to understand if and how these ingredients work with the use of current research.

Endurance athletes use l-carnitine to increase the oxidation of fat during exercise and spare muscle glycogen which will help them perform for longer. Supplementation when performing high intensity exercise has shown an increase in exercise performance and maximum oxygen consumption when it’s supplemented for longer periods

Glycine is one of the components of creatine which helps increase muscle growth and energy during exercise (10). When metabolised it acts as an amino acid and regulates blood sugar levels which can also control that amount of sugar released into the blood (11).

A main ingredient of guarana is caffeine; there have been several studies that have shown a significant increase weight loss with caffeine (12), but there have been few studies that have looked at the nutritional supplement on weight loss. Other studies of guarana have shown an increase of energy expenditure and fat oxidation of short periods of time which suggest that this could be due to a reduction in respiratory quotient and an increase in lipid oxidation (13).

Beta – Alanine is a non-essential amino acid. In a wide range of studies beta – alanine has been shown to have benefits to high intensity exercise (14). The reason behind this is that it has been found to increase muscle carnosine concentrations (15). Carnosine is key to the intracellular PH buffering of skeletal muscle (16). With an increase in clearance of H+ ions, it leads to high intensity exercise lasting for longer.

Alpha- keto – glutarate is a non-essential amino acid that is produced naturally in the citric acid cycle. The effects of these ingredients that have been found includes aiding in the breakdown of ammonia (17), playing a key role in the oxidation of glutamine and suggested to increase protein synthesis (18). It doesn’t however affect body composition, fat free mass or aerobic capacity (17). More research needs to be taken to fully determine its effects as the mechanisms are poorly understood (19).

Taurine is a semi essential amino acid that has been found to increase endurance performance; this has been attributed to an increase in blood flow (20). Taurine has also been found to help protect against cell damage which will help recovery after exercise, decreased oxidative stress in cardiac tissue (21) and increased fat oxidation (22).

Citrulline malate is a combination of an amino acid (citrulline) and an organic salt (malate) which is a tricarboxylic acid cycle intermediate. Its noted effects include an increase in lactate metabolism and an antiasthenic effect (23). A major effect is an increase in aerobic capacity during exercise and greater recovery after exercise; this is due to the rate of muscle oxidative ATP production during exercise and the rate of PCr recovery after exercise (23).

For many years caffeine has been a widely used as an ergogenic aid. There have been many studies of caffeine’s effect of both the aerobic system, (24), and the anaerobic system, (25) on sporting performance. The suggested benefits of caffeine supplementation include the ability to attain greater use of fats as an energy source and sparing of muscle glycogen, (26). It has also been suggested that there is an increase of calcium release from the sarcoplasmic reticulum, which can create a greater muscle force production, (27). It has also been theorised that the effects of caffeine are probably exerted through effects upon the central nervous system or skeletal muscle by greater motor unit recruitment and alterations in neurotransmitter function (28).

Niacin is otherwise known as vitamin B3 and in an antioxidant. Research studies have shown that niacin supplementation increases growth hormones in response to anaerobic exercise (29) as well as a reduction in fasting triglycerides (30). An increase in fasting insulin has been found due to a decrease in insulin sensitivity (31). Further research is needed for this supplement in order to understand the mechanisms.

Citrus Aurantium is otherwise known as bitter orange. One suggested effect is due to the active component of synephrine which can augment thermogenesis (32). There is little evidence however to support the claims that citrus aurantium is effective for weight loss, this is due to research studies not using citrus aurantium alone and instead including it with substances such as caffeine which is how changes in participants fat mass can be attributed (33).

This supplement have been found to enable fat oxidation when combined with exercise. It also contains other ingredients which enables it to be an antioxidant and help increase muscle mass. The ideal time to take this supplement would be pre workout as some of the ingredients will give you the energy and focus to enhance exercise. This supplement is best for someone who wants to lose weight. This product has no banned substances in reference to the WADA prohibited list when observing the label/ ingredients posted on the website. 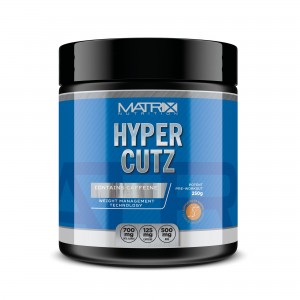