Thermo prolean is a product from German based company IronMaxx. This product claims that it supports a healthy metabolism whilst being ideal in the definition and diet phase. This review will assess the ingredients within the product to understand how it can achieve this.

Green tea supplementation has been shown to have several health properties including an increase in plasma antioxidant which will lead to a lowering of oxidative damage (1, 2), decreased blood pressure (3, 4) and it can protect against coronary atherosclerosis (5). Other health effects that green tea can have includes a lowering of cholesterol, an increase of insulin activity (6) and a regulation of blood glucose levels which can help reduce body fat.

A main ingredient of guarana is caffeine; there have been several studies that have shown a significant increase weight loss with caffeine (7), but there have been few studies that have looked at the nutritional supplement on weight loss. Other studies of guarana have shown an increase of energy expenditure and fat oxidation of short periods of time which suggest that this could be due to a reduction in respiratory quotient and an increase in lipid oxidation (8).

Yerba Mate’s origin is from the leaves of the South American plant ilex paraguariensis (9). The health benefits of this ingredient are numerous in amount. Yerba Mate acts as a powerful, high activity overall antioxidant (10). Other benefits include an increase in fat oxidation and gastric emptying as well as a shortening of perceived fullness all of which can aid in weight loss (11) and also contains hepatoprotective properties (12). Other weight loss benefits includes a lowering of cholesterol and delayed intestinal absorption of dietary fat (13). There is also evidence that Yerba Mate can have a stimulatory effect on the central nervous system (14) as well as benefits to the cardiovascular system (15).

Beef gelatine has no nutritional benefits and is used for the capsule to incase the ingredients.

Taurine is a semi essential amino acid that has been found to increase endurance performance; this has been attributed to an increase in blood flow (16). Taurine has also been found to help protect against cell damage which will help recovery after exercise, decreased oxidative stress in cardiac tissue (17) and increased fat oxidation (18).

Citrus Aurantium is otherwise known as bitter orange. One suggested effect is due to the active component of synephrine which can augment thermogenesis (19). There is little evidence however to support the claims that citrus aurantium is effective for weight loss, this is due to research studies not using citrus aurantium alone and instead including it with substances such as caffeine which is how changes in participants fat mass can be attributed (20).

Magnesium salts of fatty acids provide no nutritional benefits as it is used as a thickener in supplement products.

Pyridoxine hydrochloride is a form of Vitamin B6. The active form of vitamin B6 is known as P-L-P (21), which is stimulated by exercise (22). During exercise the body relies on the liver to produce glucose via glycogenolysis, for which vitamin b6 is essential for, and is an integral part of the glycogen phosphorylase enzyme and thus will provide energy to the bodies’ muscles (23).

Chromium(III) chloride hexahydrate is stored in the liver. It has been found to increase the absorption of vitamin C and Niacin (24, 25) as well as enhancing the role of insulin which is responsible for the metabolism of fats, carbohydrates and protein (26).

Folic acid is also known as folate is a water soluble mineral that, along with other nutrients is necessary for red blood cell production (27). It can also help regulate nitric oxide levels in the blood (28).

Biotin can also be know as vitamin B7 or Vitamin H. it has been found that it can contribute to metabolism and cell development (29) as well as providing energy during exercise (30).

This product can help aid with weight loss and help with the body’s metabolism a way it does this is by increasing energy levels during exercise. The ingredients also contain antioxidant properties as well as lowering blood pressure and cholesterol. This product is recommended to be taken in the morning. This product has no banned substances when referring to the WADA prohibited list when observing the label/ ingredients posted on the website. 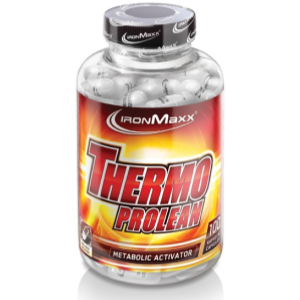