EnergySource X’treme is from British based company High5 Sports Nutrition. The description of this supplement states that it can help with concentration, attention and increased reaction time as well as maintaining endurance performance. This review will aim to understand how the ingredients within this supplement can achieve this.

Fructose is a simple carbohydrate and is an intermediary in the metabolism of glucose (3). It has a low caloric value, low glycemic index (4) and gives a sweeter taste (5).

Sucrose is a simple carbohydrate and is an intermediary in the metabolism of glucose (3). It has a low caloric value, low glycemic index (4) and gives a sweeter taste (5).

The main function of citric acid is the reduction of physical fatigue (6). The reason for this is due to citric acid being a major component of the tricarboxylic acid (TCA) cycle. TCA cycle is the process of converting carbohydrates, fats and proteins into carbon dioxide and water (7). By increasing citric acid it activates the TCA cycle and in turn speeds up ATP production thus replenishing energy.

Potassium citrate is a form of potassium which has several function such as regulating water balance (17), central nervous system function (18) and helps convert glucose into glycogen which provides energy to the bodies muscles (19).

Calcium is a vital part of dietary consumption in order to aid growth and maintenance of bones (20). Other important benefits of calcium include helping blood clotting (21), heart contractions (22), lungs (23) and muscles to function properly (24), this is due to calcium binding with phosphate to create calcium phosphate (25).

Sodium chloride is otherwise known as salt. It is theorised that sodium chloride can help prevent cramps as the key mechanism in muscle contraction is the flooding of the action potential in the muscle membrane, and so if there is a sodium deficiency it may cause the muscle to cramp (26).

For many years caffeine has been a widely used as an ergogenic aid. There have been many studies of caffeine’s effect of both the aerobic system, (27), and the anaerobic system, (28) on sporting performance. The suggested benefits of caffeine supplementation include the ability to attain greater use of fats as an energy source and sparing of muscle glycogen, (29).

It has also been suggested that there is an increase of calcium release from the sarcoplasmic reticulum, which can create a greater muscle force production, (30). It has also been theorised that the effects of caffeine are probably exerted through effects upon the central nervous system or skeletal muscle by greater motor unit recruitment and alterations in neurotransmitter function (31).

The ingredients within this supplement can achieve the claims that it makes which include increased reaction time, concentration and  attention with the help of caffeine. Prolonged endurance performance is also achievable with carbohydrates that are included. This product is recommended to be taken either pre or during exercise. This product has no banned substances when referring to the WADA prohibited list when observing the label / ingredients posted on the website. 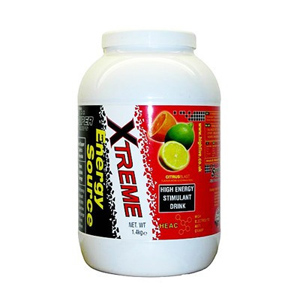